In part 2 of the series, we illustrate how to build non-fungible tokens (NFTs) and sell them directly on Bitcoin.

In a basic configuration, an NFT contract is simply a two-column table: an ID, uniquely representing a non-fungible asset, and its rightful owner.

The following contract implements such a basic NFT contract, similar to ERC721 token standard in Ethereum.

It is very similar to fungible token contract we have developed. The most notable difference is the token table in line 6, mapping ID to its owner, instead of owner to token balance.

In the following example, Alice signs only if the payment amount matches her price requirement, in the second output of tx2. Bob only signs if he becomes the new owner of NFT with identifier 1, in the first release of tx2. Again, the sale is non-custodial and atomic. 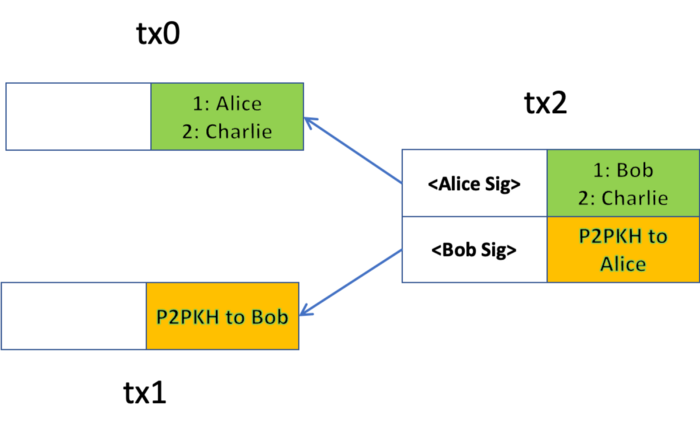 There are several ways to extend the sale. We list some examples:

New to Bitcoin? Discover CoinGeek bitcoin for beginners section, the ultimate resource guide to learn about bitcoin – as originally envisioned by Satoshi Nakamoto – and blockchain.